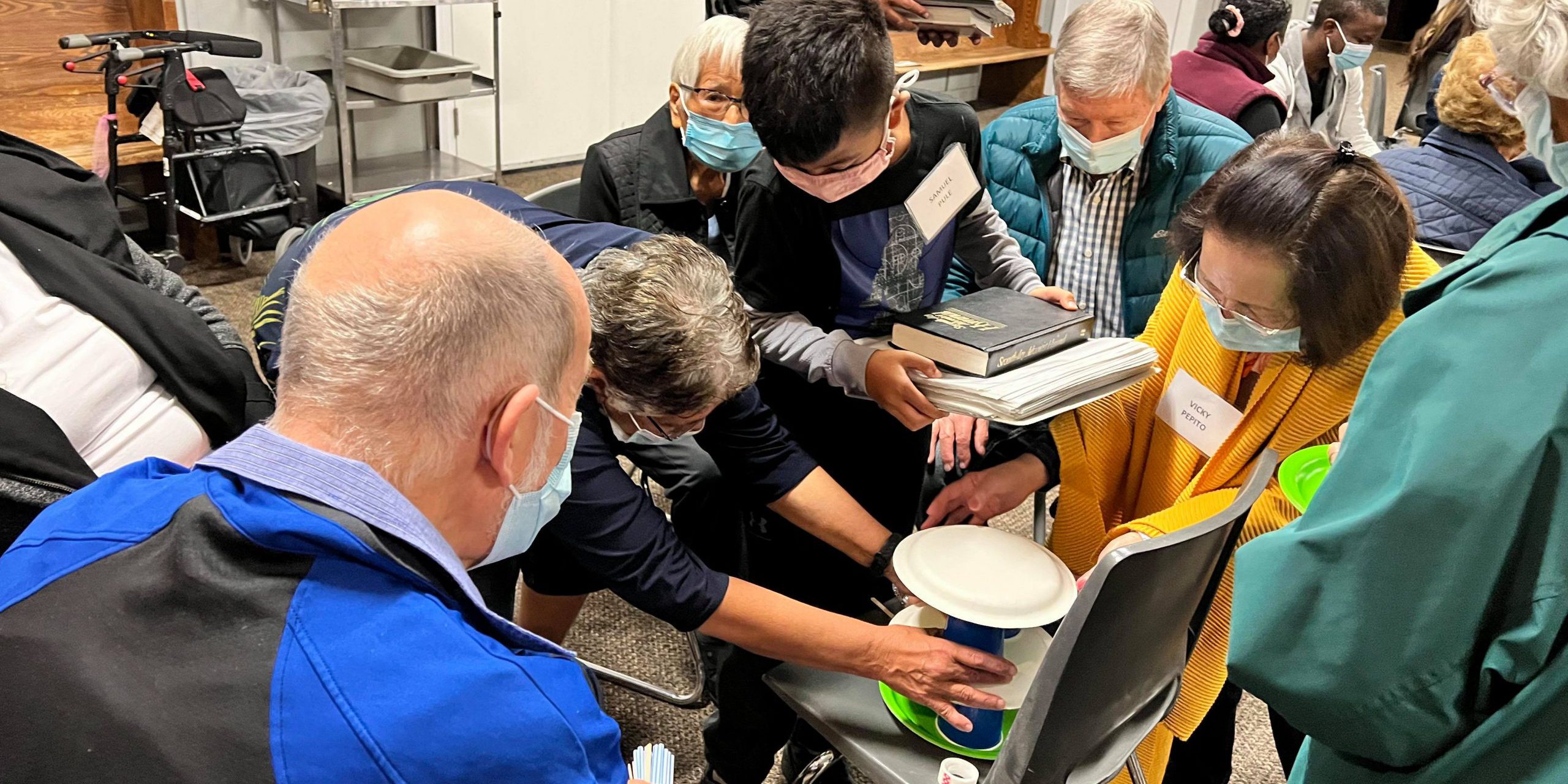 Lessons on Connecting Like Jesus from Heritage Green Church Retreat 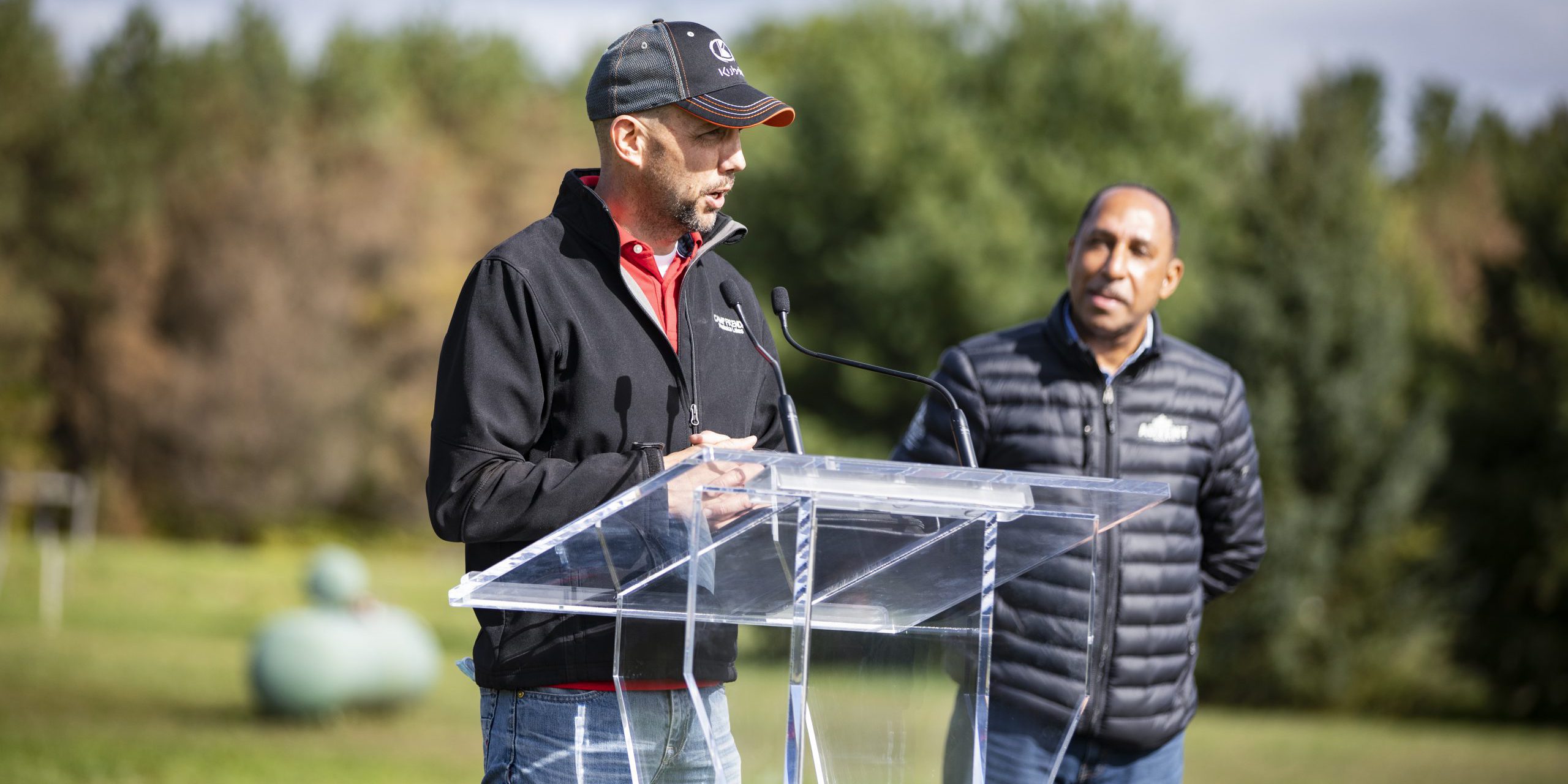 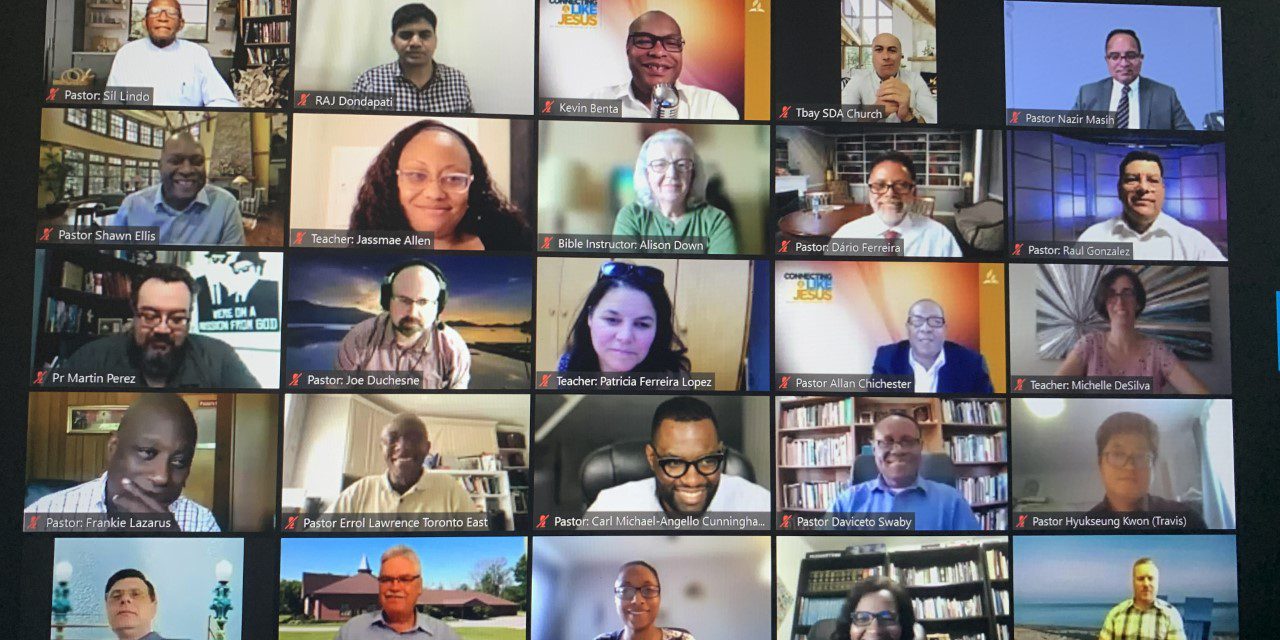 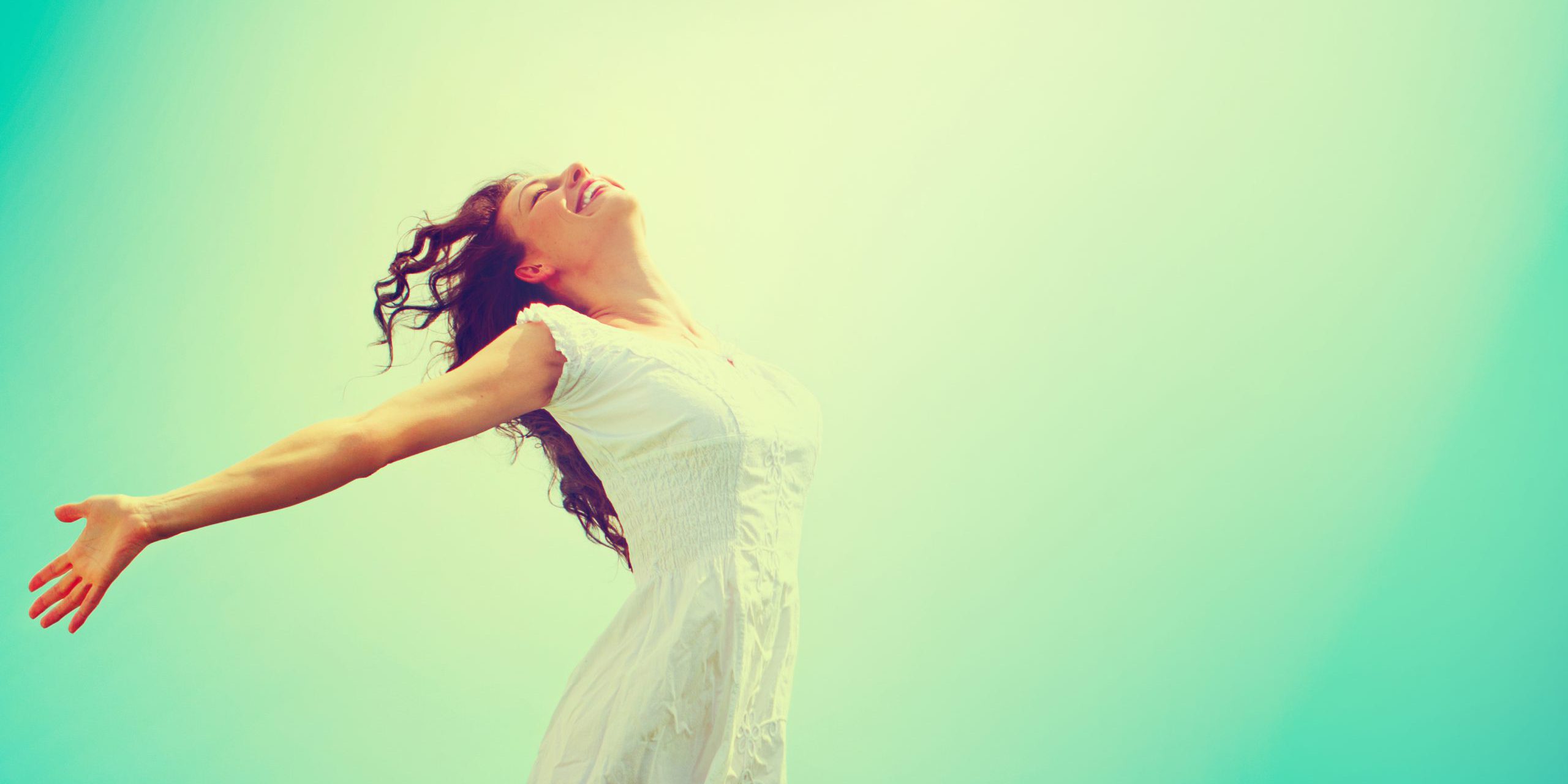 Tips for Renewing Your Mind This Fall 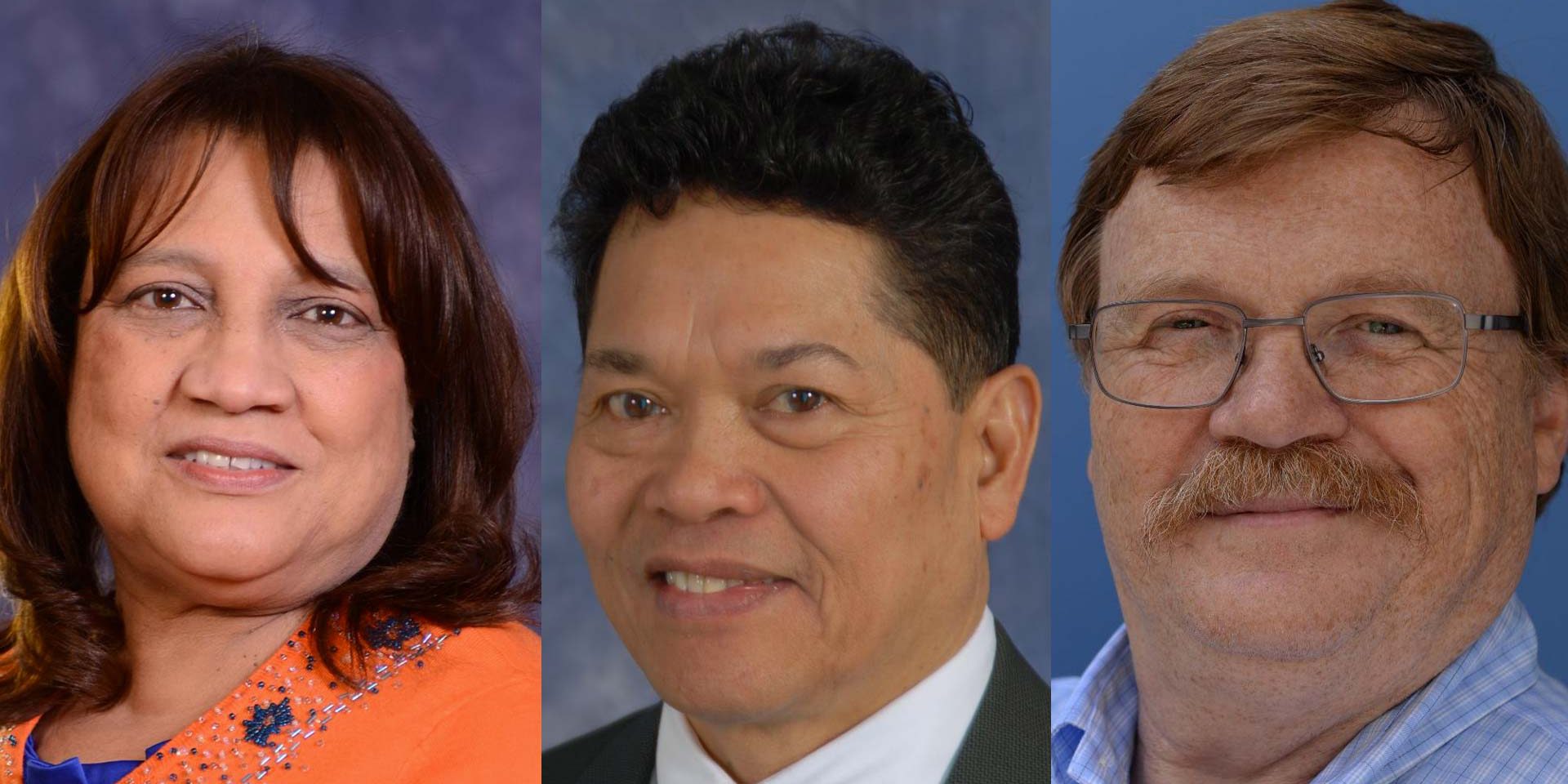 On Tuesday, October 20, Ontario Conference administrators, directors and support staff gathered virtually to say goodbye to three individuals who have contributed significantly to our conference over the years. With 81 combined years of ministry in Ontario, Ada Nichols, former administrative secretary to the executive secretary, Fernando Norte, property custodian, and Daniel Carley, most recently interim Superintendent of Schools, will surely be missed.

The 20th was a time to reminisce on their presence around the office and contributions to the conference, play a “how well do you know…?” game, watch hilarious “music videos” featuring retirees’ faces on animated bodies, share some smiles as close colleagues paid tribute and wish them well in the next phase of life. Each retiree got their moment in the sun, resulting in the following insights:

Eduviges Adalgisa (Ada) Nichols, a native of the Dominican Republic, served in the Ontario Conference office for 31 years. Ada was described as gracious, well-organized, humble, humorous, committed and loving. Human resources officer, Lila Oliveira, recounted that Ada had given her the good news of getting a job at the conference, then kindly oriented and encouraged her in her early days. Pastor Jakov thanked Ada and her husband, Pastor Derrick Nichols, then-conference president, for embracing him and his wife when he began pastoring in Ontario. Pastor Jakov also thanked her for keeping her promise to “make him look good” when he first entered the executive secretary’s office. President Mansfield Edwards further highlighted Ada’s caring nature by describing a happening at a meeting they both attended before he came into the conference. A woman there grew emotional, and Ada immediately went over to her (a virtual stranger), wiped her tears and stayed by her side. Showcasing her lighthearted, mischievous side, Alvin Ram, Trust Services director, who first met her as a university summer student, brought on much laughter, particularly Ada’s, as he shared some of their inside jokes. Edwards concluded, “We thank you, Ada. We’ll remember your warm personality. You always had a joke and a way to put the sunshine in a day that was overcast.”

Fernando Norte came into the Conference 10 years ago, as the new building was being constructed. Having contributed to its construction, he was honoured to become the property custodian of the new building. His boss, Kevin Benta, Property and Risk Management director, and Gillian Pitt, secretary for Property and Risk Management, remembered his cheerful nature, love of sharing his many adventures, including purportedly being a world-class gymnast, resourcefulness, tenacity, words of faith and commitment to the Lord’s work, including helping plant the Faith Filipino Church. “Through his trials [including falling off a conference ladder], he always had a smile on his face and a praise in his heart,” said Gillian. From Kevin, we also learned that Fernando prayed over members’ tithe envelopes whenever he took them upstairs. In his tribute, Alvin Ram remembered a quote from a stewardship sermon Fernando told him he was going to give—“Make sure you invest in Jesus. Because Jesus saves.” Pastor Edwards thanked him for his commitment to the Lord’s work, noting, “Fernando, you’re a talented person. You saved the conference a lot of money by applying your skills (e.g., plumbing, drywalling). We appreciate what you have done.”

Dan Carley began his Ontario Conference career in Ontario Conference as a theology teacher at Crawford Adventist. He was the teacher with long hair, who hated wearing a tie but was highly effective and beloved by students, including student-turned-coworker Alvin Ram, who once chose him as the subject of a paper on someone he admired. After some time in BC, he returned as vice principal at Crawford (high school division), also doing guidance and counselling. Dan moved on to be principal at College Park Elementary School. In 2016, he began as our assistant superintendent of schools. Shortly before the COVID-19 shutdown, he stepped in as interim superintendent of schools, steadying the ship in a storm.  Among his achievements in 41 years in Ontario, he served as a resource person for educational technology, including being Maplewood Administrator for our schools. He was described as gifted, caring, creative, a deep thinker and a storyteller. Don McIntyre, former superintendent of schools, expressed his gratitude for Dan’s support and resourcefulness. Donna Brkic, the Office of Education’s administrative secretary, shared a PowerPoint with heartfelt thanks from teacher colleagues. “I have always admired you for your calm, caring and professional interaction with students and colleagues. You demonstrated a Christ-like attitude as an Adventist Christian educator, teacher, principal, superintendent and mega computer whiz. I will miss you! Good health, peace and joy be yours,” wrote Audrey James, a resource teacher at Crawford.

We also learned about these beloved workers’ future plans. Fernando plans to spend his retirement doting over his young granddaughter and serving his local church. Ada noted that she is still busy; only now she is more focused on the home, including spending time with the love of her life, Pastor Nichols, her children and grandchildren. As for Dan, he is indulging in a career he long dreamed of—horse farmer—in his new home outside of Ottawa and enjoying more time with his family.

All three exemplified this verse, “Thank you, Ada, Dan and Fernando for exemplifying this verse—
“A generous person will prosper; whoever refreshes others will be refreshed.” Proverbs 11:25, NIV

Thank you for all you have done for God’s work in Ontario. Wishing you good health, happiness and success in all your future endeavours!